I learned to do this box back in the 1960's when I was a young teenager and have never forgotten the pattern. I have made it many times over the years and decided to give it another airing to use up my old Christmas cards. I noticed my neighbour and good friend did not have a decent work box and thought this would fit the bill perfectly.
I took it round this afternoon and she loves it! I also made a little felt pin cushion to get her started. 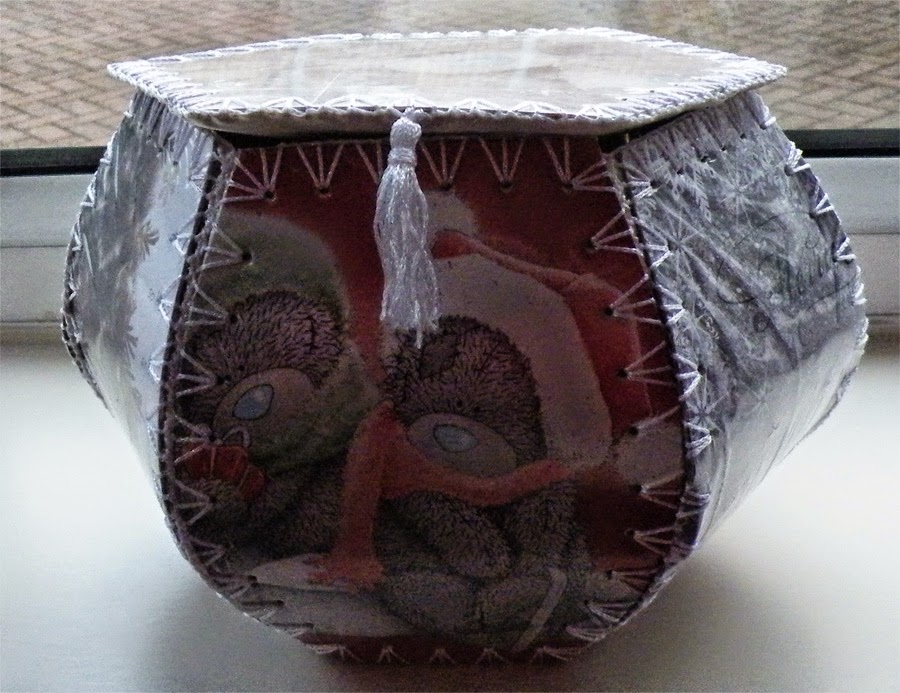 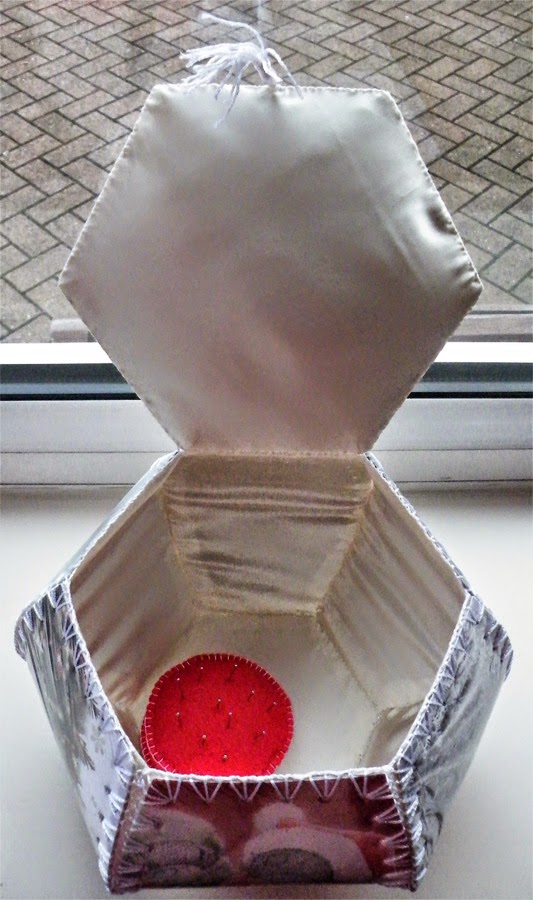 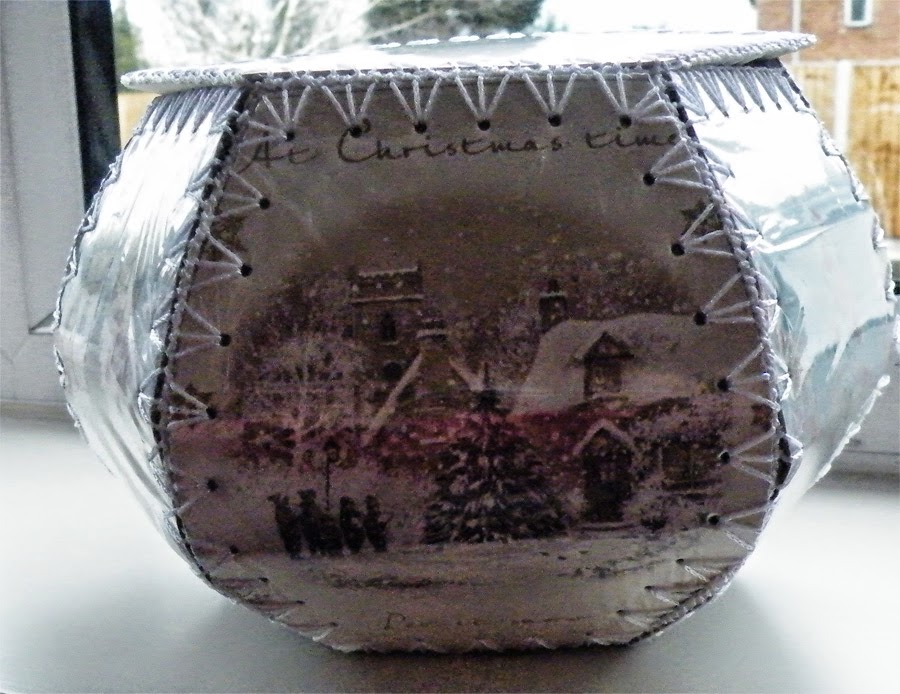 It is a six sided box. Each side is made separately with a backing card, a decorative card, a round of holes is punched and the whole is covered with polythene.....I then used a sparkly decorative thread to blanket stitch all around each side. The next step is to line each side and then to sew each side together with the same thread used for the blanket stitch. I make a hexagon base in exactly the same way and stitch it in place. The lid is a little different as it has to be made to fit one side as a hinge but overlap the other sides so that it doesn't fall in. I also pad the lid so that it can be used for pins and needles. If I am feeling adventurous I sometimes pad the sides as well, but it does take up some of the space inside. Last of all I make a little tassel as an opener.
Posted by Toptattyhead at 20:33 13 comments: 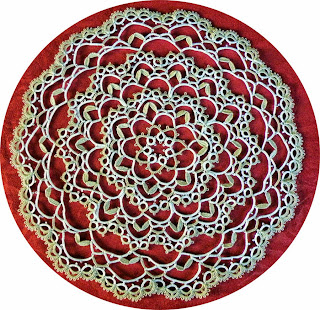 This little doily pattern is now available in PDF format. Here is the link to the PDF and it is also in my Free Pattern section on the right of my blog. Happy tatting! If you find any glitches in the pattern I would appreciate your update. 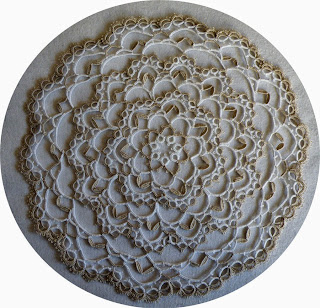